Lily Thompson and Safiyah Farid in Year 10 competed with more than 80 students from all over the country, who developed their own game recipe as part of the School Game Changer project. The challenge set by Taste of Game and the Food Teachers Centre was to create a quick and easy game meat recipe with a modern twist. The top 18 will have their recipes published in a booklet which will be available at events and game fairs across the country. The top eight join a masterclass at Northcote Hotel Lancashire and three Judges Commendations invited to cook lunch in the Michelin starred kitchen with Chef Lisa Goodwin- Allen for their parents and teachers.

Judging took place at Northcote with the top three Judges Commendations being chosen by Chef Lisa Goodwin–Allen, Chef Bruno and Chef Emma Lawson. All top 18 dishes were cooked and tasted.

Mrs Kettle Food Teacher at Sale Grammar School – ‘I am so proud of the girls. They really thought about how they could use game to create a modern and unique dish with super presentation. These dishes were their own creations, using influences from their family member’s and cultures.’

Judging this year’s Game Stars competition for secondary school pupils has been a real pleasure. The winners submitted creative and delicious recipes with exciting modern twists.  They showcased brilliant skills preparing and cooking game, plus making incredible sauces, pastries and accompaniments. Their dishes had the ‘wow’ factor in every respect.  Many of these students had not cooked game before the joined the Schools Game Changer programme 18 months ago, so it is very pleasing to see how quickly their skills have progressed in that short time.

Annette Woolcock Head of Taste of Game said ‘ the number of entries were really impressive and the standard shows just how successful the game changer project is, the students are now happily cooking with game which has not happened before and developing fantastic recipe suitable for today’s menus’

Chef Lisa Goodwin-Allen said “We were thrilled to see so many entries – the standard was very high which made it incredibly difficult to choose winners. Throughout the entries there was clever use of ingredients and the recipes really brought game to the table in an inspiring way. To everyone who 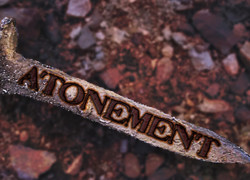 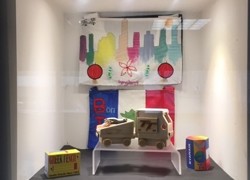 'Made for Travel' Exhibition at Manchester Airport